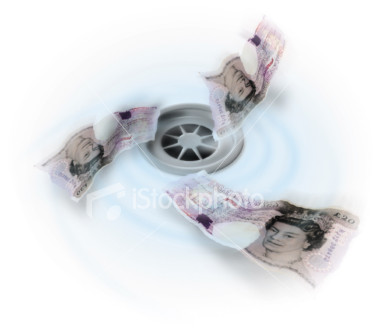 Conservative colleagues last week attacked the Lid Dem 3.2% rise, which would have been 4% but for the action of Boris Johnson in freezing the GLA precept at its 2008 level. This was done by pruning some of Ken’s wasteful expenditure. I fancy there’s more to come where that came from.

My contribution to the debate was as follows:-

We are making a budget tonight in circumstances most of us have never encountered before. 32 years ago I did encounter them, in Wansdyke, North Somerset, not long after the last Labour government had gone to the IMF, in similar circumstances to those we face today, to ask it to get us out of the mess they had made.

The watchword then was, as it should be now, to cut your suit according to your cloth, safeguarding the services of those who need them most, pruning out waste and avoiding unnecessary spending on grandiose schemes that benefit relatively few of those who actually pay our Council Tax.

Doing this we managed what isn’t being managed in this budget – we made a modest cut in the district rate and went on to repeat that performance in the subsequent two years. We were determined to beat inflation.

This budget imposes a CT increase this year and proposes further similar rises in the next two years – on top of all the rises there have been in years gone by. We have given in to inflation.

I want to concentrate on safeguarding services for those who need them most. The provision of services to people with learning difficulties has been identified as a high budget risk area. I am relieved to see that the Administration is alive to this. However I cannot suppress two concerns:- we cannot simply shrug off the way in which the specific needs of some of our most vulnerable in this regard have been dealt with by the PCT with our connivance. I refer of course to the users of Springboard, for whom Cllr Mary Clark has fought so valiantly and with little by way of practical support from the administration. Of course one could say they aren’t our responsibility, but if the PCT was strapped for cash to run it, why did RBK not help? It was fast enough to find another £600,000 a year for 3 years for the Rose out of the taxpayer’s pocket, in this Budget, and that wasn’t our responsibility either.

There is a further consideration to which I don’t think we have given enough consideration in this Budget and that is the impact of the credit crunch upon the willingness or ability of persons of working age, dubbed ‘baby gloomers’ in the press, to contribute financially to the support of elderly and infirm parents. And the unprecedented cut in interest rates to next to nothing will undermine their ability through their own savings to look after themselves. This is a recession which is likely to hit us in the south east much harder than any previous one in my lifetime and pressure on care services for adults, especially the elderly, could, in my view, increase considerably more than this budget allows for.

Budgets reveal an Administration’s priorities, Mr. Mayor. This budget reveals some parsimony towards the vulnerable people of the Borough which sits ill alongside the repeated acts of generosity towards the prestige project across the road. This is why I cannot associate myself with it.

Elected as Conservative councillor in Surbiton Hill, Kingston upon Thames in 1998. Re-elected 2002 and 2006. Former parliamentary candidate in Lancashire and Birmingham. Ceased to be a Councillor (temporarily?) in 2010. Active among Residents' Associations in Surbiton Hill and among residents in social housing generally. Former teacher of History at St. Brendan's College Bristol and Head of History and Politics at the London Oratory School. Worked with Sutton Trust running summer schools for sixth formers at Oxford University from 1997-2000 aiming to improve uptake of places from pupils from state schools which sent very few applicants to Oxbridge.
View all posts by pauljohnston →
This entry was posted in Kingston, Politics, Ward. Bookmark the permalink.