Council housing – why the row?

Posted on August 9, 2008 by pauljohnston 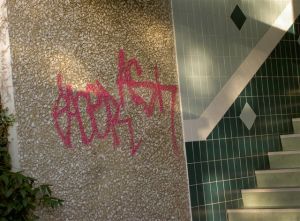 I often wonder whether Cllr. Steve Mama lives in the same universe as the rest of us. Being our last remaining Labour councillor must create some feelings of loneliness, I suppose. But his latest splurge in this week’s Kingston Informer suggests a a weak grip on reality.

He suggests that the Council is hiding millions of pounds it could spend on Council house repairs if only it wanted to. Lord knows I have no great love for the Lib Dem administration and I would be shouting it from the rooftops if it were true. I just know, from my 10 years continuous and intimate involvement with the fate of our housing stock, that it just isn’t true. More than that, it is a wicked perversion of the truth to pretend that it is: and it is a pretence, not a mistake coming from being merely misinformed.

Over 30% of the money collected each year – and rising – by our Housing Revenue Account (HRA) is creamed off by the government each year in ‘negative housing subsidy’. Fact. The HRA is ‘ring-fenced’, also fact. The money thus lost (about £7m a year at the moment) could otherwise finance millions in repairs and improvements that can’t be afforded because the Labour government moves it elsewhere. Housing Associations don’t have to pay this ‘nhs’, also because of government policy, so a HA running Kingston’s Housing would keep all the money paid in rent and be able to keep the stock in much better repair for the same rent level. HA rents and Council rents are set on a convergence path also because of Labour government policy, so tenants would not pay higher rents to an HA than they would to the Council – but they stand an excellent chance of getting much better value for their money.

So why is Steve so dead set against any change? That residents didn’t benefit one iota from the last ‘No’ vote is plain for anyone to see, even the most blinkered – I should have thought. The only answer I can come up with is a combination of ideological blindness and sheer fear. Some people see Council housing as a ‘building block of socialism’ and are scared witless of anything to which they can attach the label ‘privatisation’ – and they do attach it, however inaccurately. That’s part of it. But the real clincher is fear of loss of power. If the Council owns the flats and houses the Councillor is a big fish in a community dominated by such flats and houses – a man of awesome influence. Take that away and part of the power base he has relied on so effortlessly for so long (decades in this case) crumbles and this reflects itself in the ballot box.

Elected as Conservative councillor in Surbiton Hill, Kingston upon Thames in 1998. Re-elected 2002 and 2006. Former parliamentary candidate in Lancashire and Birmingham. Ceased to be a Councillor (temporarily?) in 2010. Active among Residents' Associations in Surbiton Hill and among residents in social housing generally. Former teacher of History at St. Brendan's College Bristol and Head of History and Politics at the London Oratory School. Worked with Sutton Trust running summer schools for sixth formers at Oxford University from 1997-2000 aiming to improve uptake of places from pupils from state schools which sent very few applicants to Oxbridge.
View all posts by pauljohnston →
This entry was posted in Housing, Kingston, Labour. Bookmark the permalink.

1 Response to Council housing – why the row?